Are you an artist interested in working with de Lisle Guitar? Reach out to us [here]. 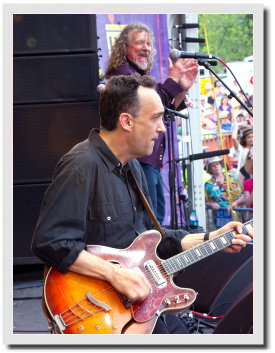 “Justin loves the new Notch pedal. It’s on all the time!! Robert had asked all the band to turn their stage levels a bit. Justin was concerned that he’d lost a bit of body from his amp but then found that the notch has added it all back again. Very happy.” 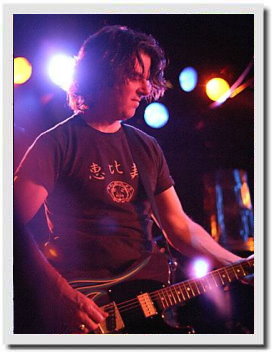 Veteran singer/guitarist/songwriter/producer/raconteur Eric Ambel—known to friends, associates and bandmates as Roscoe—is the possessor of an estimable musical resume that’s established his credentials as a deeply committed rocker as well as a witty and thoughtful songwriter. 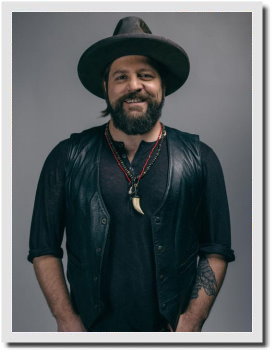 Coy is a member of three-time Grammy Award-winning Zac Brown Band. He joined the Zac Brown Band in 2007, and plays guitar, slide guitar, dobro, piano and organ. He also contributes as a songwriter, and has writing credits on the albums You Get What You Give, Uncaged and Jekyll + Hyde, including three No. 1 hit songs – “Knee Deep”, “Colder Weather” and “Sweet Annie”. 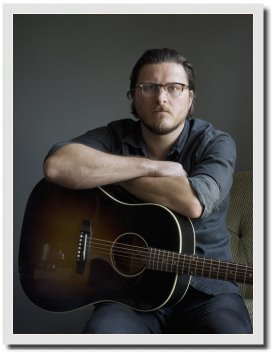 Pony Bradshaw is the songwriting project of James Bradshaw. A southern Rimbaud, the nomadic Bradshaw grew up drifting due to his father¹s career in the military. He continued that drifting most of his life, but for the past decade has called North Georgia home. On his debut album, Sudden Opera, there seems to be no fear of being lush or sparse, dense or loose. Space is welcomed along with high drama. His songs are the nomads now. Inspired more by the 19th century French novelists, poets and painters than modern troubadours and pulp fiction, Bradshaw seems to be looking to make a new way for himself; a way that is not dictated by trend or time. 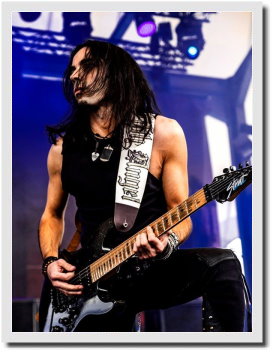 “Ethan Brosh is one of the most premier rock guitar players today. Having toured and recorded with some of the greatest rock musicians in history such as Yngwie Malmsteen, George Lynch, Dave Ellefson, Greg Howe, Jake E. Lee, Michael Schenker, Uli Roth, Pat Travers, Eric Martin (Mr. Big), Carmine Appice and the list goes on and on, Ethan is securing his place as one of the legitimate high quality high energy guitar players out there. A Berklee alumni with a degree in songwriting and a part time guitar instructor at the college while off the road, Ethan had played guitar for the band SteelHeart and is now the lead guitar player for Fifth Angel and a lead guitar player for Michael Sweet (The voice of Stryper). Ethan has put out 3 highly produced solo records of Hard Rock Guitar Instrumentals and continues to tour with The Ethan Brosh Band in support of his original music.” 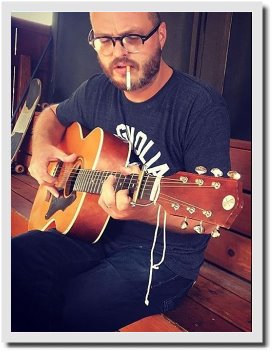 My name is Andrew Bryant. I live in Mississippi. I write songs and record them. I started doing that on a cassette deck in my bedroom as a teenager and haven’t stopped since. I release albums under my own name. I also play in a band called Water Liars. I am current. 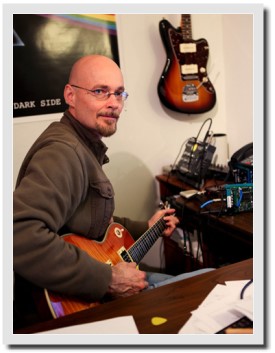 “I just got the amp and have spent a little time with it. Great job! Well balanced tones and nicely voiced throughout. It sounds ‘big’ without sounding loud. Warm and detailed – just what I was hoping for.” 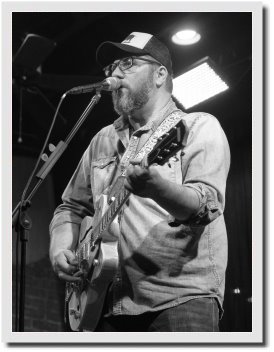 Dan Conn and The Travelin’ Kind is a band founded on friendship and a passion for good music. And what started as just an occasional Sunday afternoon jam session has solidified into an authentic Americana rock band. 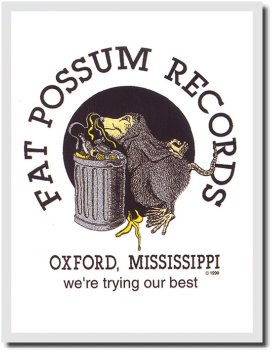 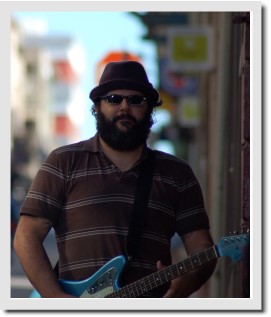 João Erbetta is a Brazilian guitar player, composer and producer with a taste for mixing up new and vintage styles from Brazil, Latin America and the United States.

His Pan-American vision for music allows him to experiment with traditional Brazilian rhythms like Frevo, Carimbó and Ciranda with American landmarks as Country and Western styles with a hint of Avant-Garde Jazz. 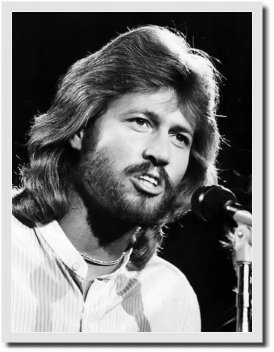 Barry Gibb is a British-American musician, singer-songwriter and record producer who rose to worldwide fame as a co-founder of the group the Bee Gees, one of the most commercially successful groups in the history of popular music. 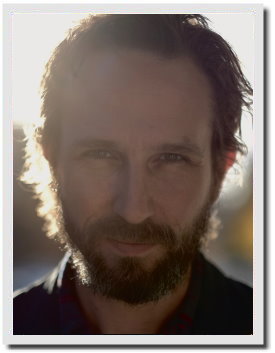 Will is known for his work as a solo artist and as the lead singer of Centro-matic and South San Gabriel. He is currently touring with Justin Peter Kinkel-Schuster as Marie / Lepanto. Other projects have included Molina and Johnson (Jason Molina), Monsters of Folk (Jim James, Conor Oberst, M. Ward and Mike Mogis) and Undertow Orchestra (David Bazan, Vic Chesnutt and Mark Eitzel). 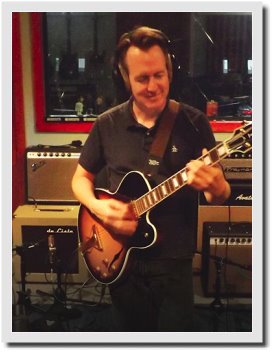 He has lived in New York City, Boston and Chicago, but guitarist Peter Kavanaugh is clearly at home in Los Angeles. His new album “Whisper Not” conjures Polaroids of patio sunsets against mountain backdrops and relaxed West Coast Jazz cats like Chet Baker and Vince Guaraldi. 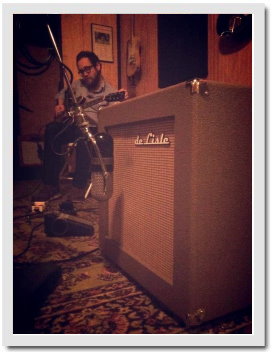 Hear Justin playing through a custom de Lisle amp on their S/T below. 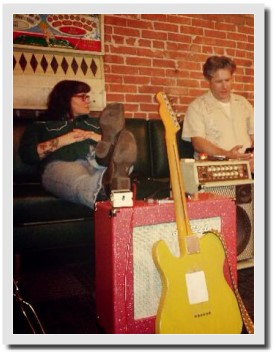 “I literally could NOT be happier with my amp. I drove six hours on less than an hours worth of sleep and still couldn’t help myself from plugging a Telecaster into that thang the second I got in my room! You, dear sir, have made this girl suuuuuuper happy…and I cannot wait to gig this amp in wonderful Austin, Texas on Thursday night. I love it madly…and that’s an understatement!” 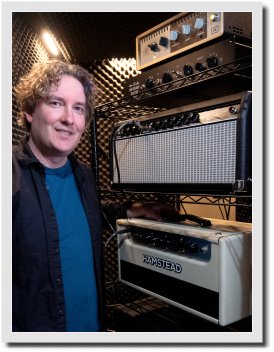 Andy is one of the most prolific producers of online gear demos. Over the years, he has created over 2000 demos for ProGuitarShop, Reverb and numerous boutique builders. 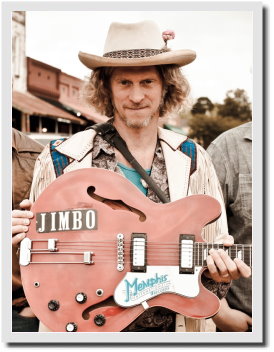 “I’m not really much of a gear dude and don’t really know the jargon and intricacies of amplifier electronics, but I’ll tell you this much. Having the two de Lisles on stage has improved our sound enormously. They’re punchy and well balanced and still FUNKY! I love em! Thanks de Lisle” 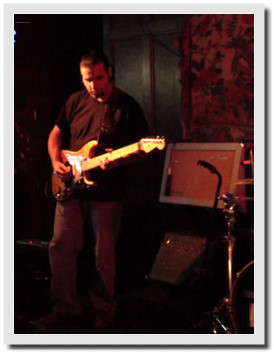 Harvey Mosteller
The Why Store
www.thewhystore.com

“This amp crackles with life. Every note rings out with a serene beauty that can only be attributed to some kind of mystical force. It’s hard to imagine or accept that such a living breathing sound can come from wires and capacitors. I would be surprised if I dropped it and it didn’t bleed because tone so pure must have a heart. When you play that giant open E chord, your hair will stand at full attention. Every hair and pore will anticipate that next volume laden assault of pure unadulterated tone. I would question the sanity of any guitarist that doesn’t fall head over heels for one of these delectable masterpieces upon first exposure. Surely such an admission would be an act of musical treason; psychic vandalism if you will. If I were king, I’d mandate that everyone pay tribute to these magnificent amps with a World Wide de Lisle Amp Appreciation Day. I play country, rock, blues, and something loosely resembling jazz and I can traverse these styles with relative ease with my 35P. Get one, but be forewarned, it will not just be a commercial transaction, it will be a pivotal moment in your musical destiny. Are you ready?” 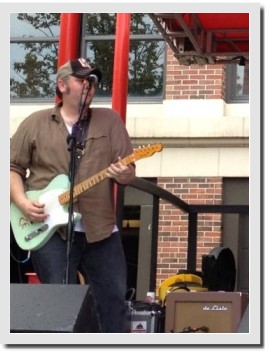 “This amp is the most versatile amp I have ever had the pleasure to own! The variodyne control is genius! Finally a wattage reduction design that works, without any noise or sag… From the dovetailed pine cab to the customized faceplate; this amp is a work of art. Amazing how the amp brings out all the subtle characteristics of different guitars. It’s a very inspiring rig and I can’t wait to turn it on every night. Thanks Jer and de Lisle amps for restoring my faith in American made TUBE TONE!!!!” 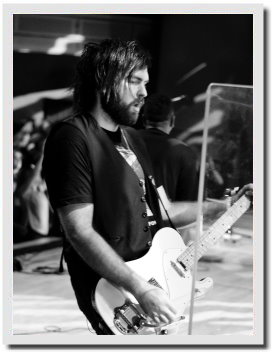 As lead guitarist for Bethel Music, Michael has been involved in albums such as “Tides,” “Tides Live”, “You Make Me Brave” and “For the Sake of the World.” 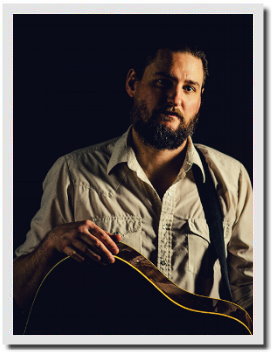 Indiana native, Matthew Quinet, crafted his melodious and sometimes biting sound while traveling across the U.S. for several years before settling in Austin, Texas, over a decade ago.

His lyrics resonate as memorable and gut-punching reflections of hard truths that spark human connection. 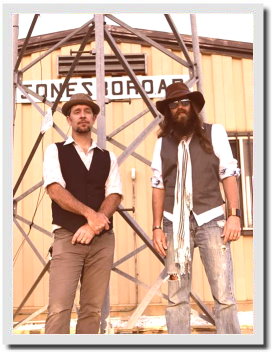 It’s been over three years since Nathan Crouch and Grant Camp first met for a jam session with a couple of acoustic guitars and some shared musical influences in tow. Two songwriters in a new town; both looking for the same sound. That duo remains the foundation of SKY CITY. 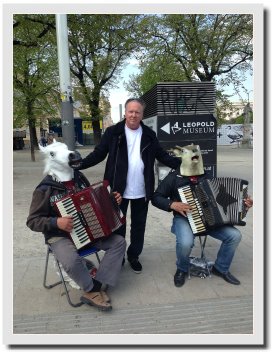 Steve’s career as a composer and guitarist spans several decades. His guitar work earned him roles with 1994, Charlie Sexton and Nina Hagen among others. Steve’s songs have been recorded by Billy Idol, Foreigner, Nicki Minaj, Smash Mouth, Pointer Sisters, and Wang Chung. He also co-wrote Don’t You (Forget About Me), which was recorded by Simple Minds and featured in the film The Breakfast Club. 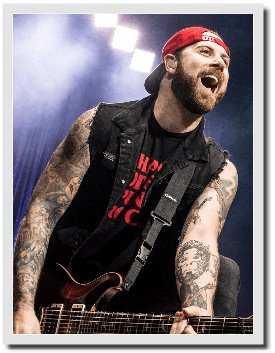 A Day to Remember were formed in 2003 and mix emo, hardcore, and metal into a blend affectionately referred to by their fans as “pop mosh”. The band consists of vocalist Jeremy McKinnon, rhythm guitarist and backing vocalist Neil Westfall, bassist Josh Woodard, percussion and drummer Alex Shelnutt with Kevin Skaff on lead guitar. 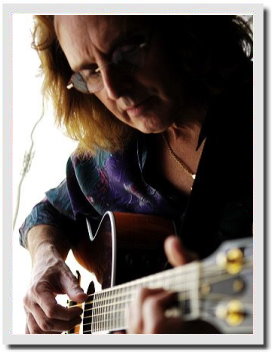 Michael has been an A String session player for over thirty years and works with hundreds of engineers, writers, session players and artists annually. 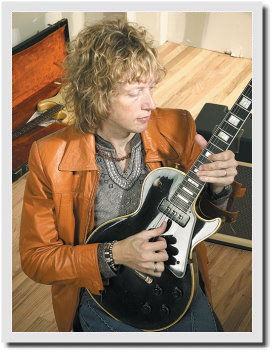 Peter Stroud is best known for his guitar work with Sheryl Crow, Don Henley, Pete Droge, and Sarah McLachlan. He is co-founder of 65amps. 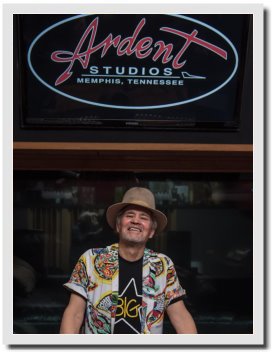 Over a career spanning more than 40 years, Keith would become a massively successful songwriter with more than 100 songs recorded by artists as diverse as Rosanne Cash and George Thorogood. He would tour every corner of America and play in just about every conceivable kind of venue, appear on Saturday Night Live and Austin City Limits, and host songwriter nights on Memphis’ legendary Beale Street with many of music’s most talented songwriters. He would join Jimmy Buffett’s Coral Reefer Band, tour the country and record the Volcano album – the title track which he co-wrote with Jimmy. To date, recordings of Keith’s songs have sold more than 25 million copies worldwide. With 13 full-length albums released – and great success with his own publishing company, credited with signing John Kilzer to Geffen Records and the discovery of Todd Snider – Keith Sykes has proven to be nothing short of prolific. Just this year (2018), John Prine recorded Keith’s song “No Ordinary Blue” (with Jason Isbell on guitar) for his “Tree of Forgiveness” release. 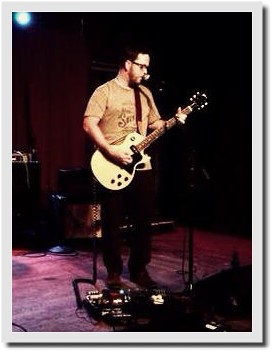 “The de Lisle ABC has resolved all the issues I had with other channel switching boxes. Cleaner view, colored LED’s, wider stance, stronger build, better components and NO HUM! And as with the other de Lisle stuff it looks classy and is built like a tank.” 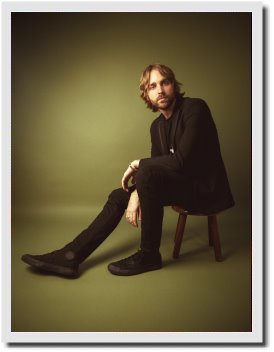 Acclaimed solo artist. Songwriter. Grammy-winning member of Jason Isbell and the 400 Unit. Producer. Studio musician. Modern-day guitar hero. A professional musician since the age of 18, Sadler Vaden has spent the better part of two decades on stage, on the road, and in the recording studio, lending his unique rock & roll approach to highly-revered bands, up-and-coming acts, and solo albums like his forthcoming Anybody Out There?